Aviation turbulence in the free atmosphere is a serious concern in the general aviation industry because it frequently causes occupant injuries, flight delays, fuel losses, and damage.​ Since air transportation industry over the world is invigorated more and more, the investigation and the forecast of the aviation turbulence become more important.

​The numerical study can help understanding the characteristic of turbulence and be foundational to developing turbulence diagnostics.The results through this study revealed that mountain-waves, vertical wind shear associated with the jet stream and upper-front system, mountain gravity waves, unbalanced anticyclonic flow and thunderstorms. 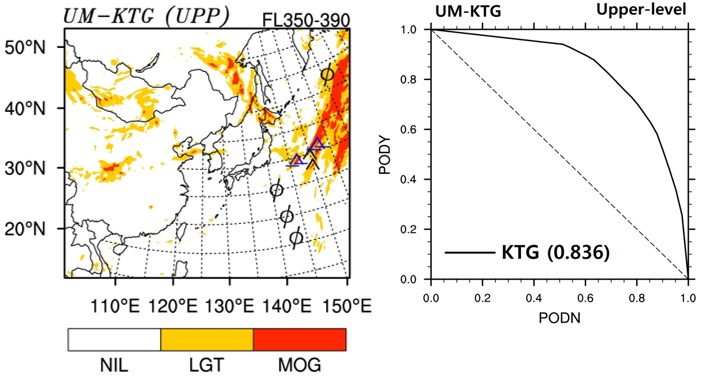 < (a) KTG turbulence forecasting region with PIREPs. (b) PODN-PODY line of the upper-level KTG.>

From two turbulence indicators (EDR and DEVG) derived from aircraft observations, we investigate the spatiotemporal characteristics of each indicator and compute their correlations. Based on correlation analyses, we construct the best-fit curves between EDR and DEVG for each aircraft type including Boeing and Airbus models (Kim et al. 2017).

We have developed diagnostics of the near-cloud turbulence (NCT) utilizing the parameterization scheme of convective gravity waves (CGWs) proposed by Chun and Baik (1998), used in climate models, in two ways by calculating (i) drag of CGWs and (ii) turbulent kinetic energy (TKE) using the minimum Richardson number including the effect of CGWs. The feasibility of the approaches has been examined based on numerical simulation for the real case associated with an active convection.

Thorpe (1977) proposed very simple method to retrieve turbulence scales in the ocean from in situ measurements. Clayson and Kantha (2008) applied this Thorpe analysis to the atmosphere and retrieved atmospheric turbulence scales from high-resolution radiosonde data.

We used 1–second resolution radiosonde data to retrieve atmospheric turbulence scales, such as Thorpe scale, eddy dissipation rate, and EDR. These radiosonde reach ~30 km altitude and has 5 m resolution vertically, so can resolve the Thorpe scale in the troposphere and lower stratosphere. 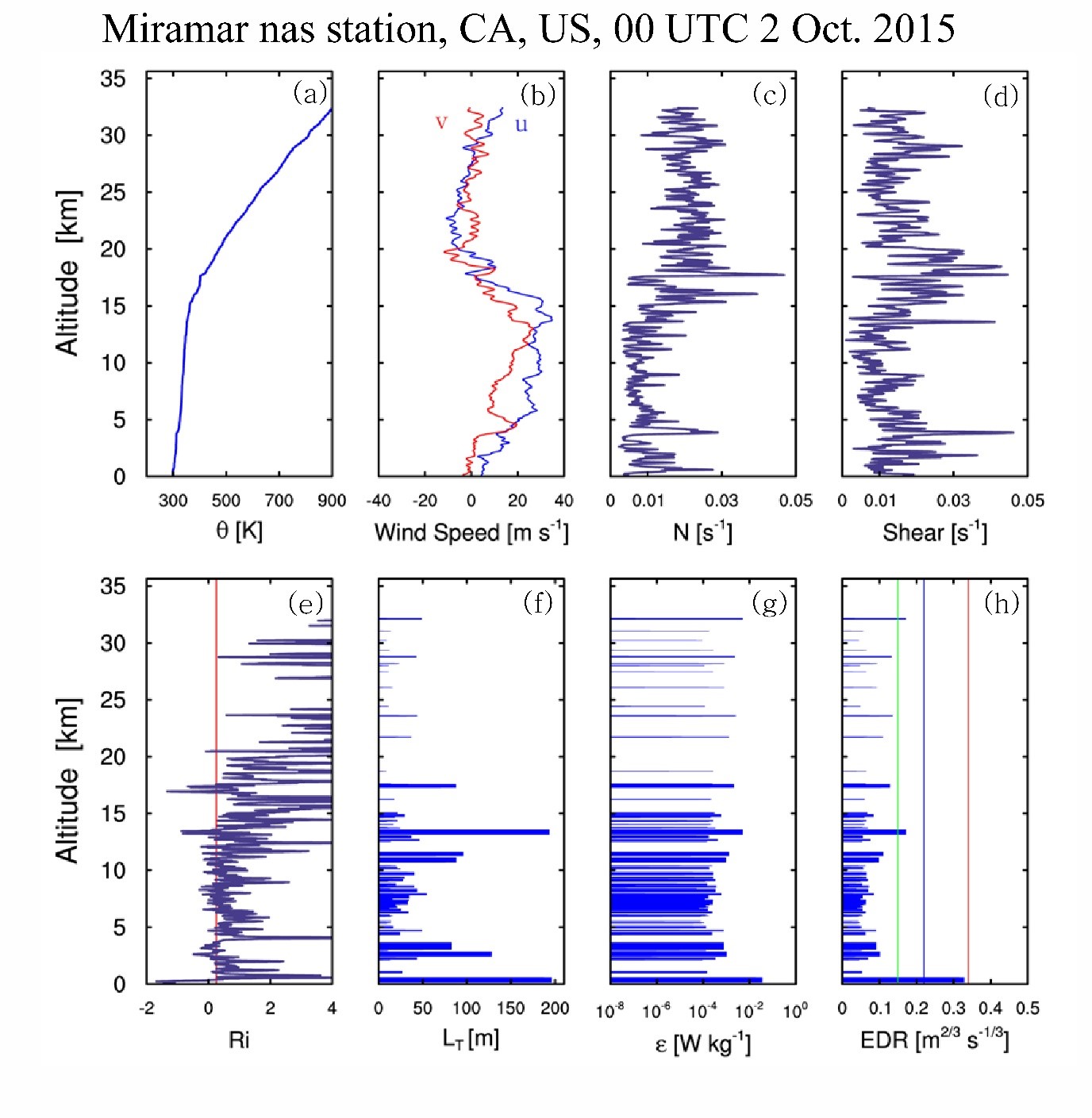